UNIT TESTING is a sort of software testing that examines individual software units or components. The goal is to ensure that each unit of software code works as intended. Unit testing is carried out by developers throughout the development (coding) phase of an application. Unit tests are used to isolate a part of code and ensure that it is correct. An singular function, method, process, module, or object might be considered a unit.

Unit testing is the first level of testing performed before integration testing in the SDLC, STLC, and V Model. Unit testing is a type of WhiteBox testing that is often done by the developer. Though, in the real world, due to time constraints or developers' reluctance to testing, QA engineers also perform unit testing.

Why Unit Testing is Important?

Because software developers often want to save time by doing limited unit testing, this is a misconception because insufficient unit testing leads to large costs in defect correction during System Testing, Integration Testing, and even Beta Testing after the programme has been constructed. It saves time and money in the long run if proper unit testing is done early in the development process. 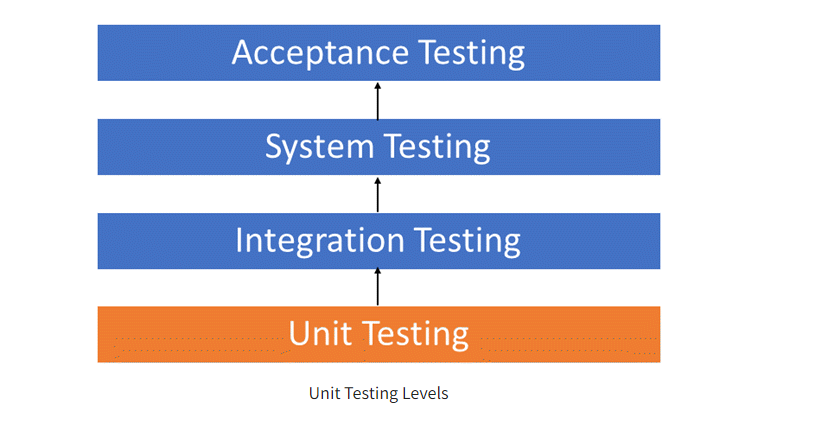 Unit tests save time and money by catching flaws early in the development cycle.

It aids developers in comprehending the testing code base and allowing them to make quick adjustments.  Unit tests that are well-written serve as project documentation. Code reuse is aided by unit tests. Both your code and your tests should be migrated to your new project. Adjust the code till the tests pass.

How to do Unit Testing?

Developers write a portion of code to test a specific function in a software application as part of Unit Testing. Developers can also isolate this function to test it more thoroughly, revealing any superfluous dependencies between the function being tested and other units, which can then be removed. UnitTest is a framework that developers use to create automated test cases for unit testing.

There are two kinds of Unit testing. Manually and Automated.

Unit testing is frequently automated, although it can also be done manually. Although there is no preference in software engineering for one over the other, but automation is favored. A step-by-step instructional paper may be used in a manual method to unit testing.