How to Start Black Box Testing with its Techniques 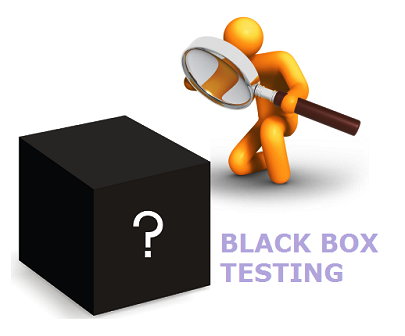 What is Black Box Testing?

Black Box Testing is a software testing method in which the functionalities of software applications are tested without having the knowledge of internal code structure, implementation details and internal parts. Black Box testing mainly focus on input and output of the software and it is entirely based on software requirements and specifications. It is also known as Behavioral, eye-to-eye or closed box Testing.

Majority of the applications are tested by Black Box method. We need to cover the maximum test cases so that most of the bugs will get discovered by a Black-Box method. This testing occurs throughout the software development and Testing Life Cycle i.e in Unit, Integration, System, Acceptance, and Regression Testing stages. This can be both Functional or Non-Functional.

How to do Black Box Testing?

Here are the generic steps followed to carry out any type of Black Box Testing.

There are many types of Black Box testing but the following are the prominent ones:

There are many types of techniques which is used to perform black box testing. But few of them are listed below: